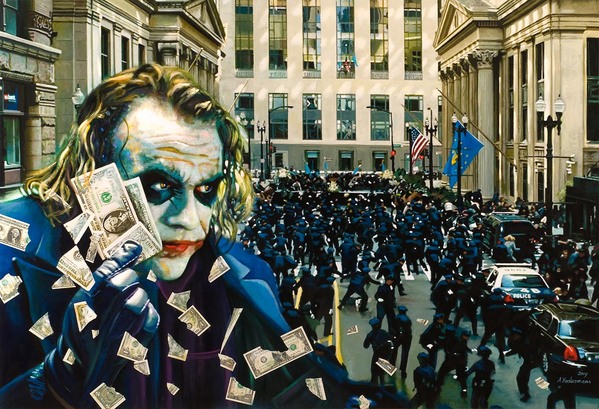 Title: “Chaos at Wallstreet”
There is a financial crisis in the USA. The Joker playes a corrupt financial manager, because of his actions the dollar becomes worthless and also the stockmarket is going down. On the street you see the police trying to control the angry citizens.

For more than 35 years, Tos Kostermans has been an art painter . He works and exhibits all over the world. His painting style you can describe as magic realism with a touch of impressionisme (Imprealism). Tos is from the Netherlands and he is well known with the techniques of other great Dutch painters like Van Gogh, Karel Appel, Corneille,and Kees van Dongen. Behavior of people is a big inspiration for his paintings. Tos is specialised in portraits. Because of his studios in different countries, Tos travels to his customers wherever the are located, which simplifies the process.

This hilarious series of paintings is al about life and humoristic situations. The style is very realistic ,and the colors are very much alive. Most of the paintings are inspired by behavior of people. For more information and sales toskostermans@gmail.com

Title “BB plays with Lucille”
BB KIng loves to play on his guitar “Lucille”, but this Jazz legend also loves to be surrounded by beautiful showgirls. What a great performer. 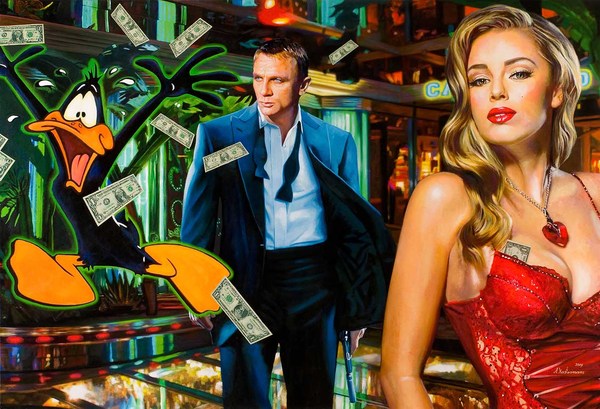 Title: “Casino Royale”
Daffy Duck is robbing the casino, he tries to escape from James Bond. This is a painting with a mix of comic and realism style of painting. 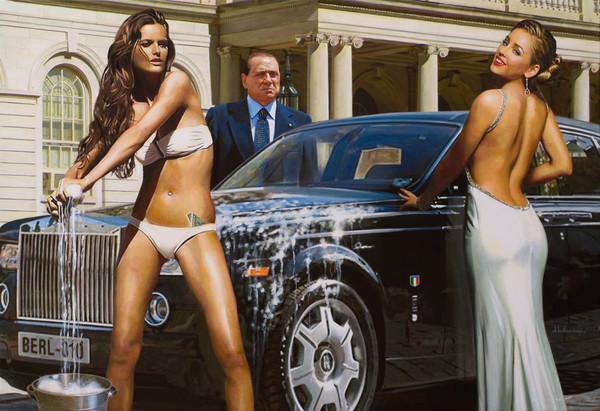 Title: “I love my car”
Berlusconi, president of Italy, has a bad reputation. His afairs with topmodels brought him into a bad daylight. His excuse: I am not gay!

Title “I love Björn Borg”
Underwear is now a very imporant peace of clothing. While wearing it, it has to be exposed so that everybody can see the brand. Boys are wearing trousers halfway their bottom so that you can see the boxers. It seems that lots of young woman love to see that. The roommate in this painting loves underwear from Bjorn Borg as well.

Title: “Bachelor Party”
During a bachelor party men always feel excited, they want to be naughty. Most of the time they behave brave and only have a big mouth.

Title “Automatic pilot”
A pilot has a lot of responsibility while he is flying, but also a lot of strange things are going on during the flight! 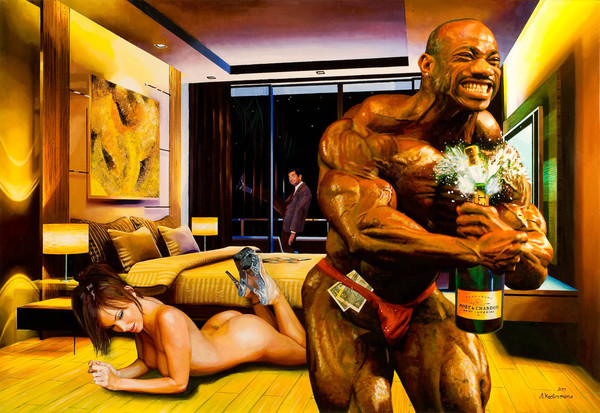 Title “Champagnebuilding”
Most people are visting the gym for there health and to stay in good condition, but you also have people who spend lots of time in the gym every day for a other reasons. They like to impress beautiful woman with their muscles and strength. In the background you see Mr. Bean. He does not need to exercise in the gym,because he uses his natural body to become succesful. And believe me, he is surrounded by lots of beautiful woman.

Title “Keith and his Groupie”
I always was wondering how it would look like if a popstar is in a hotel room with a groupie of his own age! 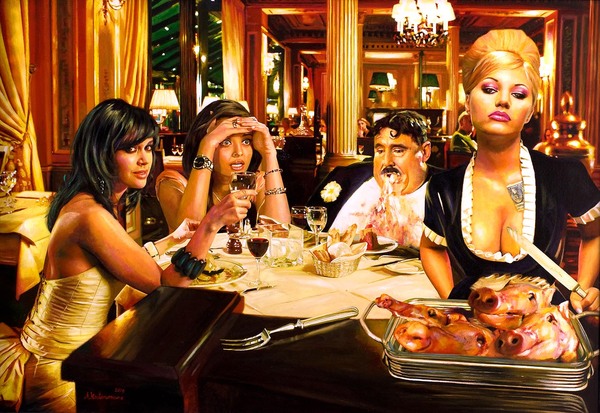 Title “Dinner in Paris”
The woman are in shock because the man is eating like a pig. He has already began to eat his dessert and pigsheads are following! The woman are having a salad, because they want to be in a good and healthy shape.

Title: “Last flight”
This was one of his latest state visit to Italy. He is always surrounded by woman.

Title “Jackpot”
Men can not live without woman, especialy when they have lots of money. They like to spend it to prove their manhood. 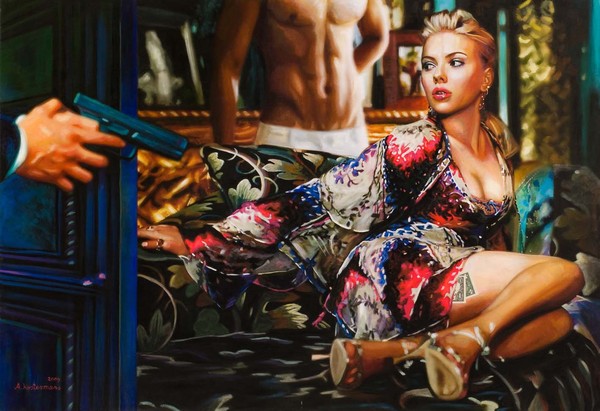 Title “Deception” ,
Men always have the name to be unfaithfull to their wifes. In this case it is the other way around. 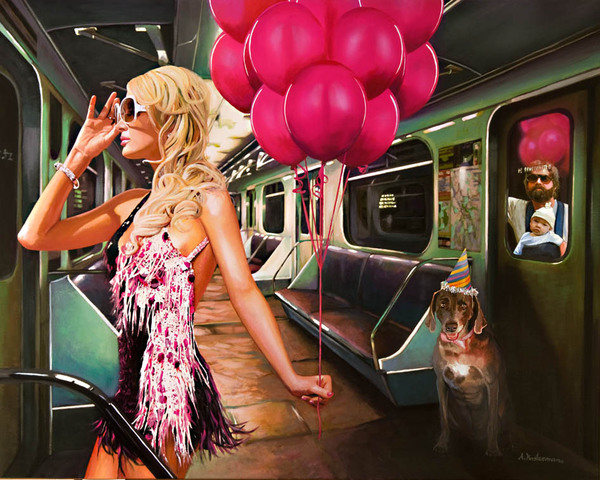 Title: “Party in the subway with Paris Hilton”
The queen of partying, Paris Hilton, is always in the spotlight which attracks lots of men. The man with the baby can’t keep his eyes off of her.

Title “Jack for president”
President elections are becoming very nasty now. The opposite party alway tries to find something negative about the candidate. Also presidents like Bill Clinton are not always telling the truth about what behavior they actually pursue. At least candidate Jack has nothing to hide; he invited the press. 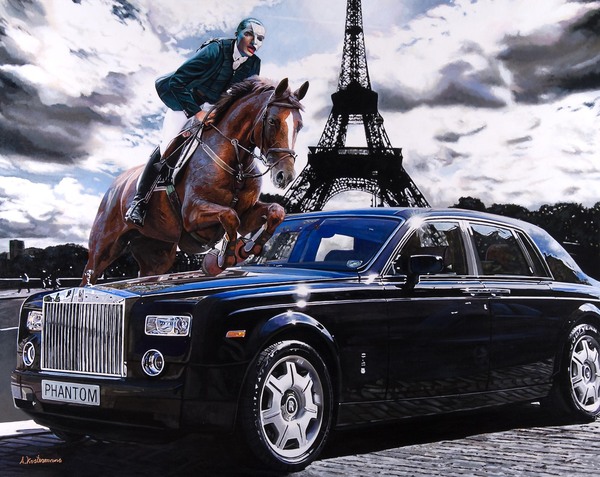 Title: Phanton of the Opera
The Phantom is back in Paris. He rides and drives. 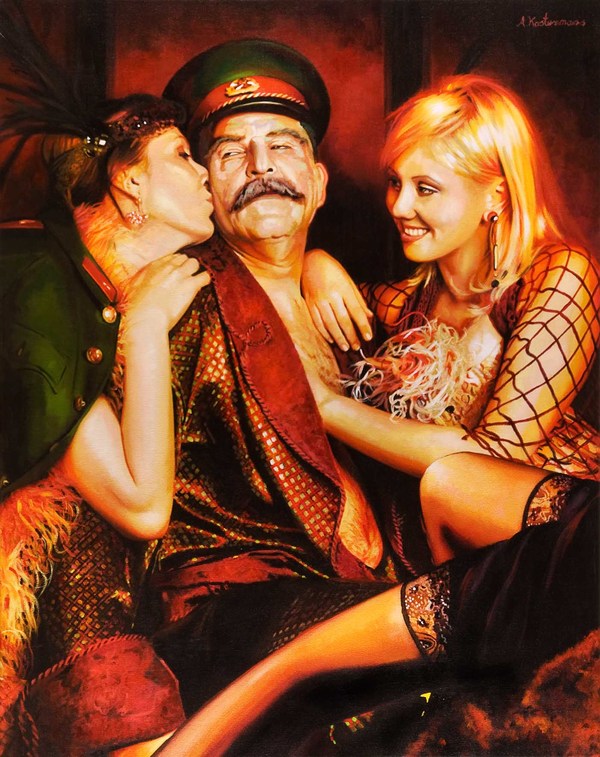 Title: “From Russia with love”
Do dictators need some relaxing time, or not? 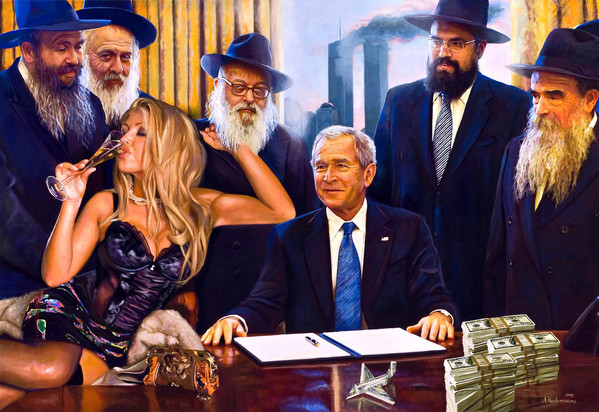 Title: “Bushi Business”
President Bush is probably one of the worst presidents of the USA. The only thing he brought to the country was 2 wars, which makes America fall into financial problems.

Title: “Race in the City”
Wouldn’t it be fantastic if when we have big car races ,like formula, 1 in the big Apple?

Title “Smoking dollars”
This ugly man thinks he is great and that more manly because of his money. He likes to be surrounded by beautiful women. Only the beautiful women are only interested in his money for the luxury world. 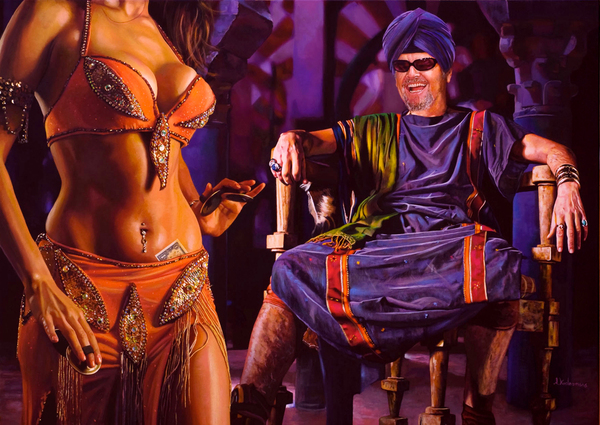 Title: “Chaos at the stock market”
Here the Joker is visiting the Wallstreet Stock market. He makes it so that everything becomes worth less. America is slowly merging into a financial depression.

Title: “Tiger making the hole”
One of the great golf legends is Tiger Woods. Success brings not only money but also beautiful women.

If you say a modern celebrity is an adulterer, a pervert and a drug addict, all it means is that you’ve read his autobiography. P. J. O’Rourke

YOU MAY ALSO LIKE
Living Paintings
World’s best father
A slap in the face for society
Popaganda, Art and Crimes
Oivind Hovland 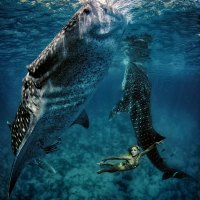 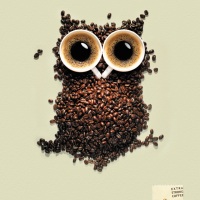 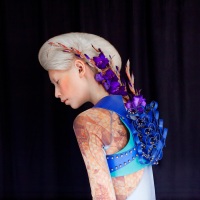 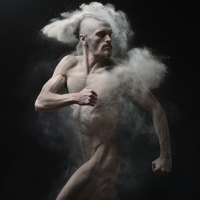